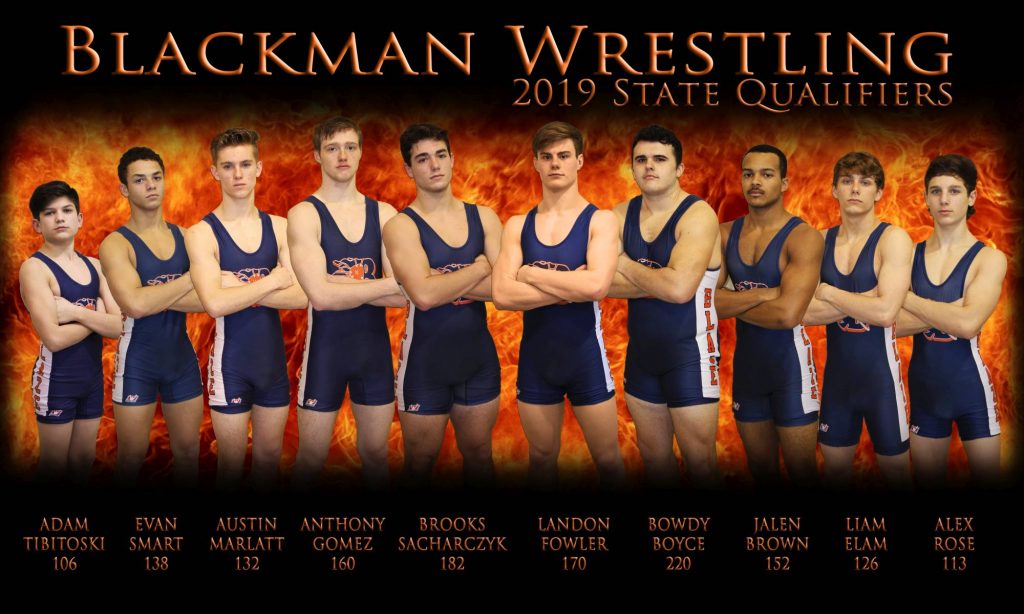 With a huge win in Region 5 last weekend, the Blaze continue to stay on a roll.  Practice has been solid and now it’s time for the TSSAA State Tournament.  Blackman’s coach Ronnie Bray said his squad is ready to roll this weekend.  Let’s take a look at this year’s state qualifiers!  Make sure you get to Franklin THIS WEEKEND and show your support for the Blaze!

Want to see the Brackets? 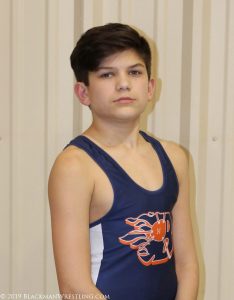 As a freshman, making it to state is a big deal!  Adam has continued to get better and better this season and his 41-18 record is evidence of his much improved mental toughness and stamina.  His first match at state will be against Summit’s Jackson Masters.  In their last meeting Masters prevailed in a close decision just before Christmas.   This time, we expect Adam to show how much he has improved.  If he wins, he will likely wrestle Brayden Ivy from Morristown West.  – 106 Pound Bracket Here – 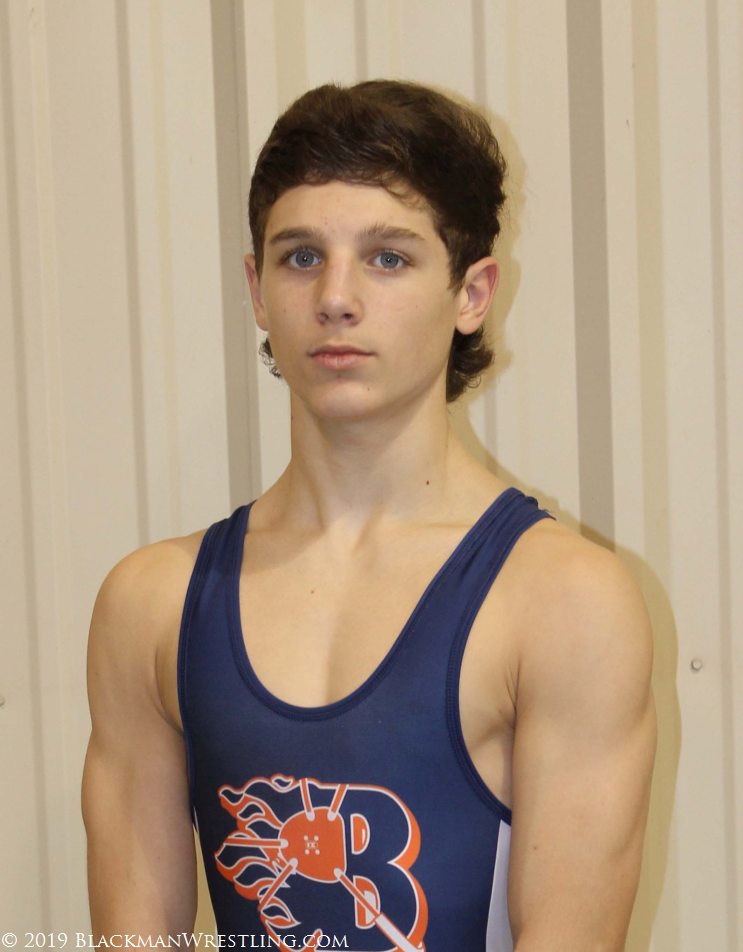 Winning the region championship has its advantages.  Region 5 Champ Alex Rose ended up the three seed in the 113 pound bracket.  In his first match, he will face freshman Timothy Ford from Independence.  The two have not wrestled this season but we expect Rose to win this matchup.  In the second match, Rose will likely face Reece Bailey from Anderson County.  If all goes well, expect Rose to win that match as well.  In the quarterfinals, Alex will probably face Sammy Shires from Rossview in the Quarters.  That will be an exciting match as Shires is quite accomplished for a freshman.  – 113 Pound Bracket Here – 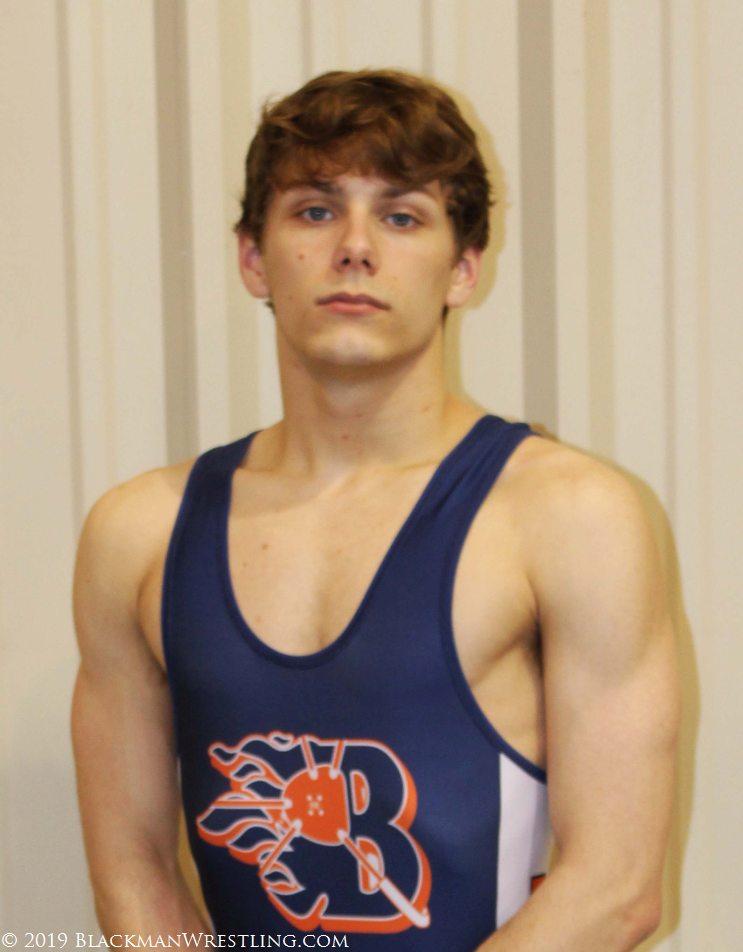 Blackman Senior Liam Elam will make his second trip to State this weekend.  Over the years, he has went from clumsy freshman to reliable senior and the transition has been awesome to watch.  Liam’s first match will be against Ethan Hylton from David Crockett HS.  Hylton is a freshman but with over 40 wins Liam cant take him lightly.  Expect Liam to prevail in this one.  After that, Liam will have his hands full with returning state champion Brayden Palmer from Beech.  We’re thinking Head Throw!!  – 126 Pound Bracket Here – 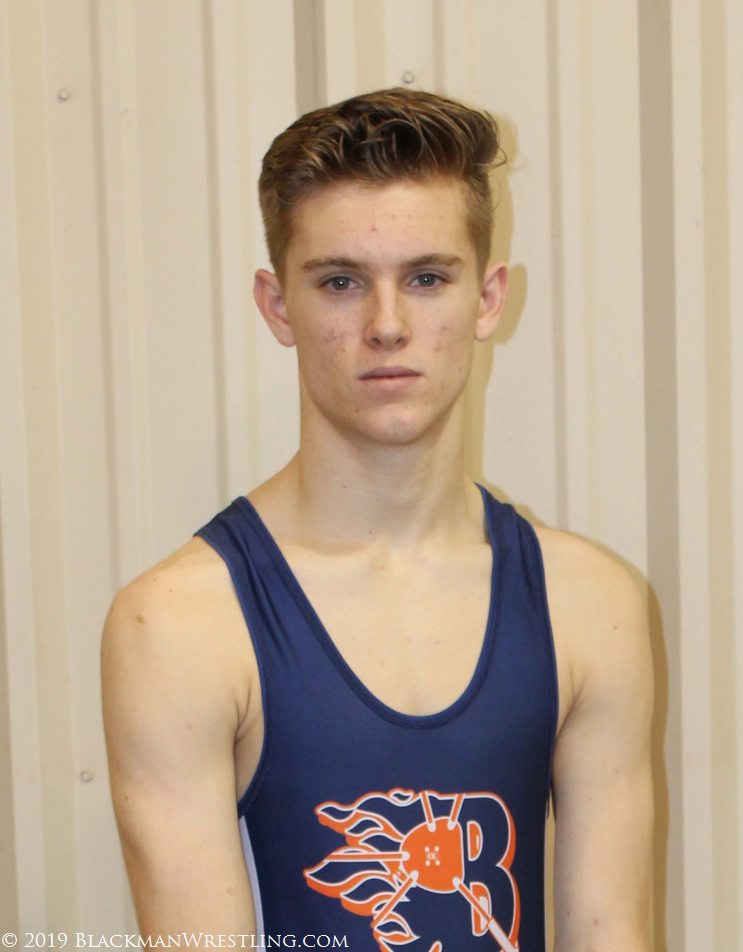 Junior Austin Marlatt has done an excellent job this season considering the competition he has faced.  132 may actually be the toughest weight class this year in the TSSAA.  Austin’s first match will be Sam Sullivan from Brentwood.  Austin lost a pair of matches to Sullivan this season at the GP West tourney.  Marlatt has been looking really good since then so we expect him to revenge these prior losses.  Staying out of Sullivan’s wrist and half combo will be key to Marlatt moving on.  If he wins that match, he will have another tough opponent in Heritage’s Zach Teaster.  – 132 Pound Bracket Here – 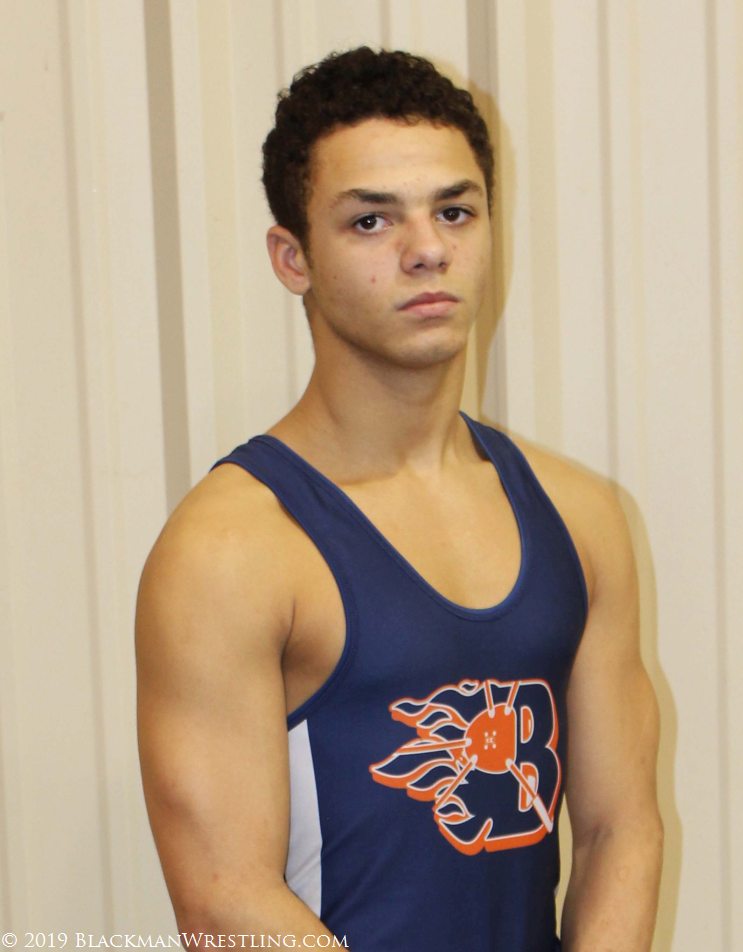 Senior Evan Smart will make his second appearance at state this weekend.  Evan had a good region tournament and placed third, but the draw he received as a result is going to be tough.  His first match will be against Maryville Senior, Bryson Shaver.  If Smart wrestles to his potential, he will win this matchup.  After that, all bets are off as he will face Franklin’s Job Dooley.  Dooley will have a bye the 1st round so hopefully Evan can catch him sleeping and pull off a big upset.  – 138 Pound Bracket Here – 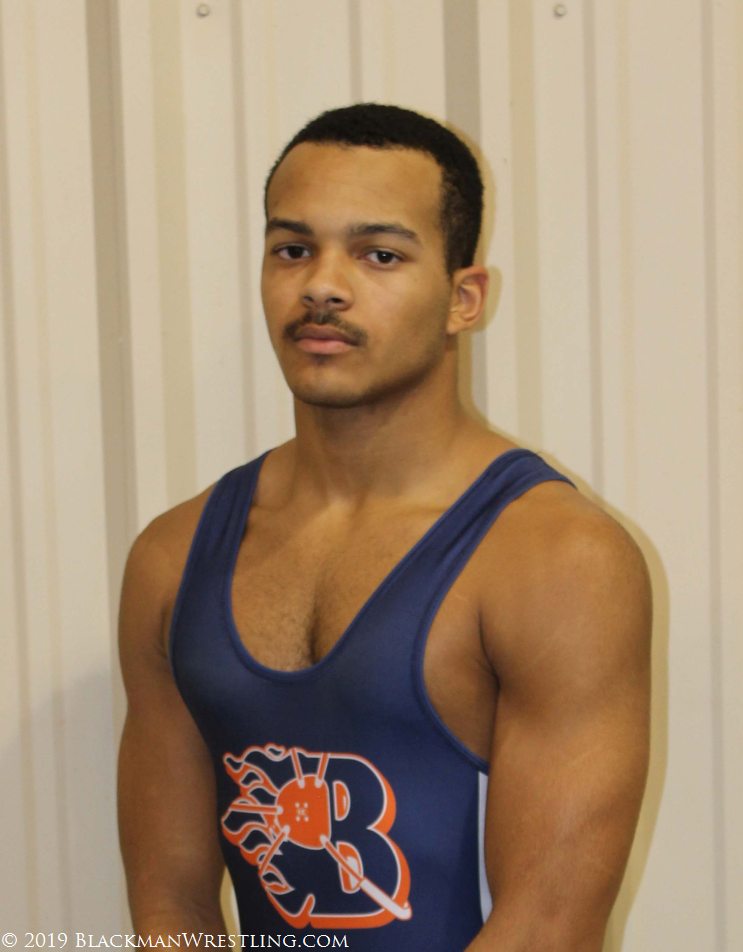 Senior Jalen Brown is looking to put an exclamation point on his senior season.  He is ranked #2 at 152 and certainly has the ability to get to the finals this year.  Brown received a solid draw and will face Freshman Anthony Pyron from Wilson Central in his first match.  Assuming a victory there, he will likely face Seth Gerena from Bradley Central in the second match.  Gerena is battle-tested and will be a tough out, but we think Brown gets it done.  A win there would likely have Brown see Harter from Science Hill in the Quarterfinals.  Again, we like Brown’s chances and fully expect to see him on the podium this season.  – 152 Pound Bracket Here – 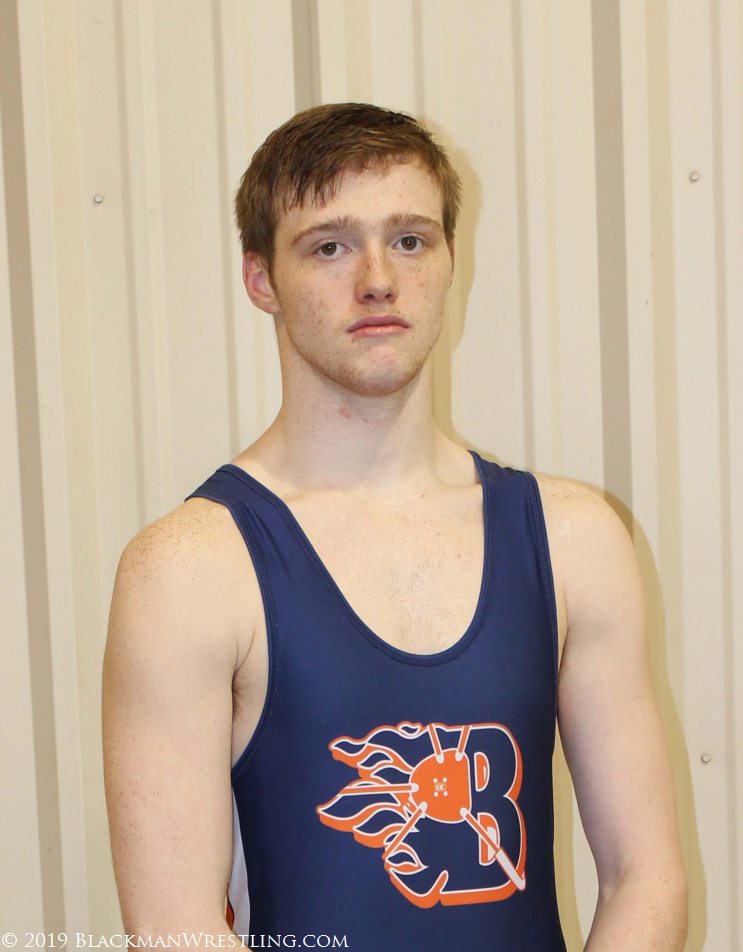 Gabe may be the most improved wrestler at Blackman in the last several years.  Between battling injuries, the Blackman Junior has compiled a 28-7 record and has faced some very tough opponents.  Again, region championships pay off and Gabe’s first match will be against South Doyle Junior Mohamed Sanoe.  Sanoe is the 4th place finisher from Region 2 and should not be a huge obstacle for Gomez.  In his second match, he will likely face Michael Lilley from Franklin.  Lilley does not have many losses on the season but we think that Gomez will power through to set up a quarter-final match up with Dominic Fields from TN High. The key to winning against Fields will be solid wrestling from Gomez. – 160 Pound Bracket Here –

Fowler is looking to repeat this year as State Champion and based on his performance this season, no one will stand in his way.  Fowler is 58-3 this season and has 47 wins by fall.  He is not kidding around.  His only losses were to Mason Reiniche from Baylor (DII) and one out of state kid from Alabama.  Landon is expected to plow through the top half of the bracket straight to the finals.  His toughest match will likely be Johnny Kollenbroich from Centennial or Cade Meeks from East Hamilton (whoever wins).  Fowler’s likely opponent in the finals?  Undefeated Chase Deihl from Science Hill.  Should be a great match!  – 170 Pound Bracket Here – 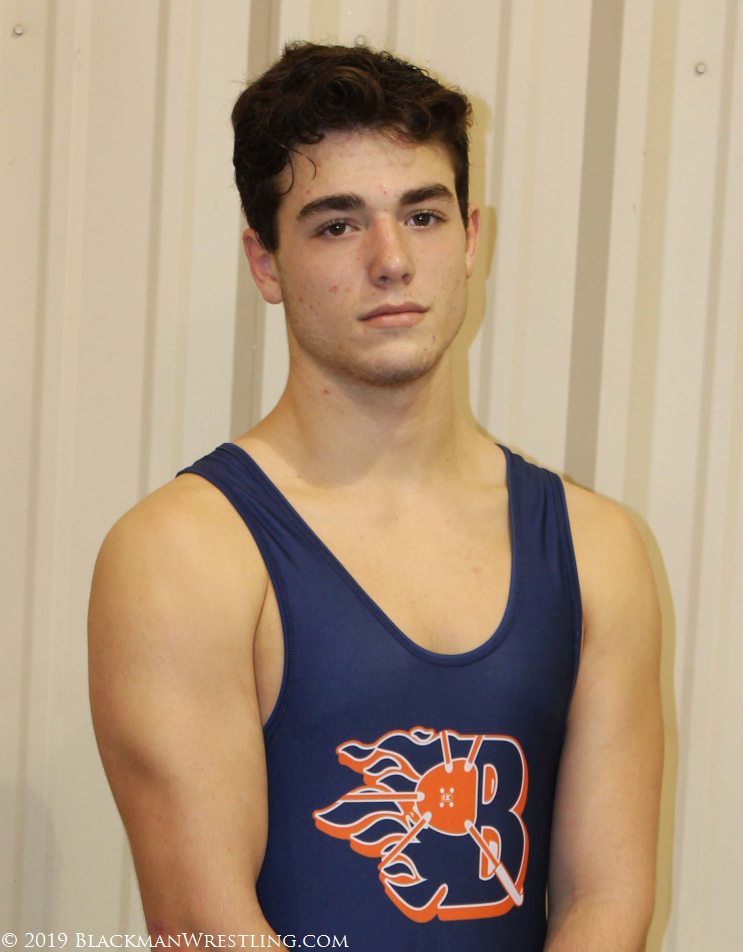 Brooks is back baby!!  Last season, injury forced Sacharczyk to be a spectator at state and it has been clear this season that he didn’t like it.  Brooks has been working like a man possessed and it shows as he is 48-1 so far this season.  His only loss was a 4-2 decision to Antcliffe from Arlington in the finals at the Black Horse early on.  Brooks has an excellent draw this year and will face Jacob Scruggs from Rhea County in his first match.  A win there and he should see Samari Suddeath from Centennial who he has already beaten this season.  After that?  Most Likely Sam Smith from Clarksville.  Smith will put up a huge fight but the match is certainly winnable.  A win over Smith will put him in the semi-finals with Dylan Jones from Cleveland who he has beaten twice this year.  Slow and steady should win the race and set up a huge finals match with Antcliffe.  – 182 Pound Bracket Here – 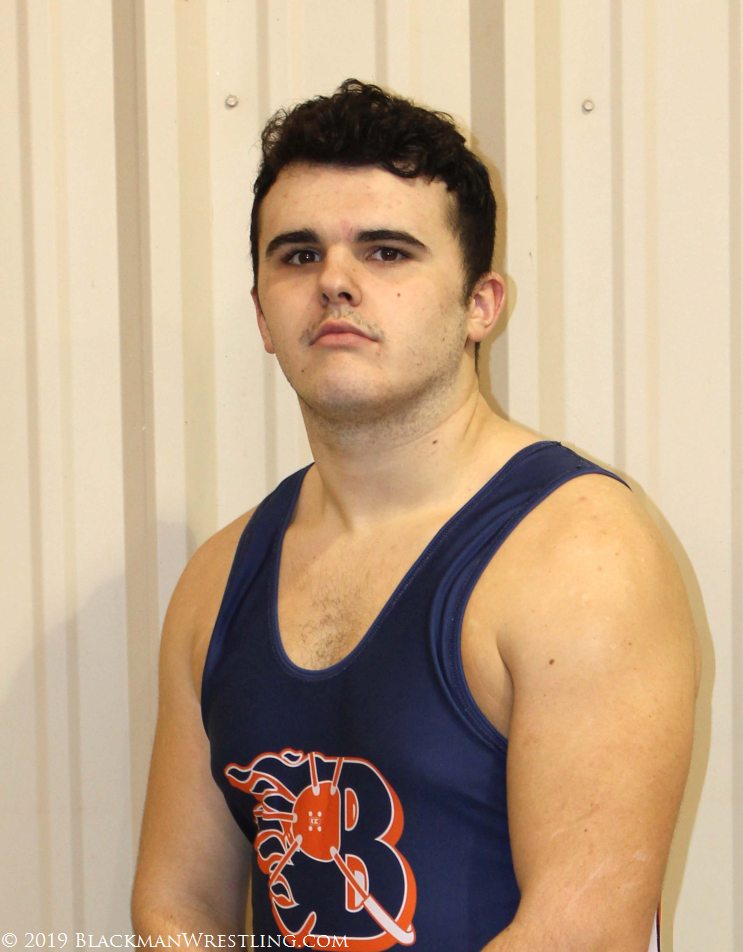 Junior Bowdy Boyce is looking to make his mark this season and at 48-6, people have noticed.  Boyce is ranked 3rd at 220 and expects to stand on the podium at state this year.  Standing in his way are several strong contenders who will do their best to take him down.  First match will be Adam Milton from Arlington.  Provided Boyce shows up to wrestle, he should get a win here.  We expect Boyce to see Andrew Cannon from Indy in the second match.  Cannon will be a tough match but Boyce should prevail and set himself up for an interesting quarterfinal match with Wilson Benefield from Cleveland.  Boyce and Benefield have not wrestled this season and Benefield is ranked #2.  A win there may just get Boyce a trip to the finals.  – 220 Pound Bracket Here – 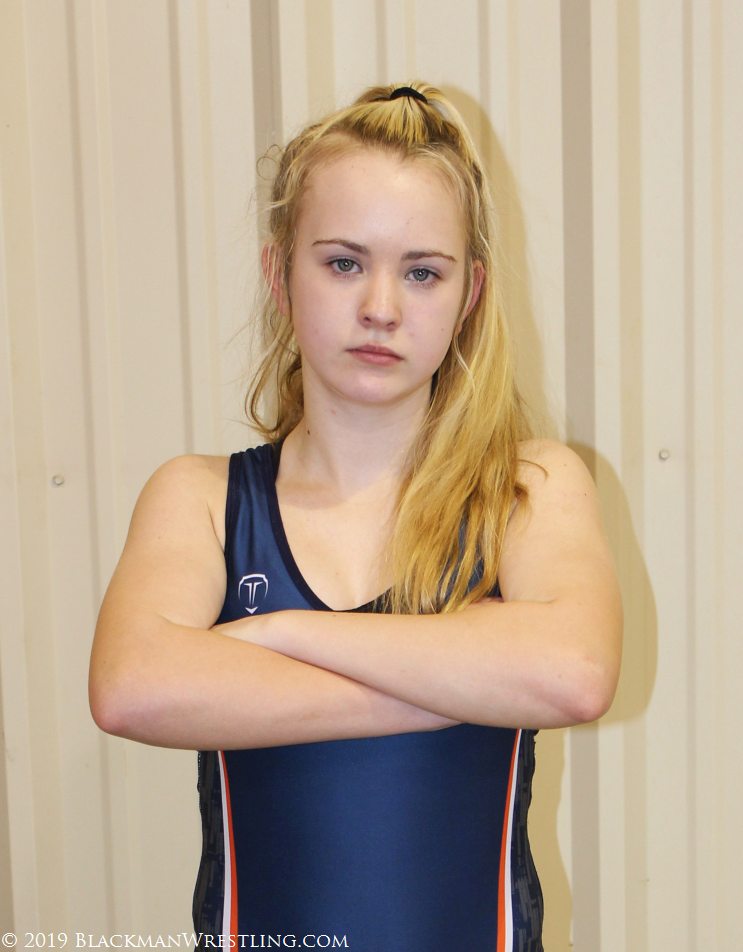 Alyson Colson has the honor of being Blackman’s first female wrestler to make it to the state championship.  She has had a great 1st season and has gotten tougher and tougher as the year has progressed.  In order to make a big splash at state, she will have to eliminate some big competition along the way.  Her first match will be against Girls East Region Champion Anna Fisher.  Fisher has had a good season but she is not unbeaten.  If Alyson wins that match, she will likely face returning state medalist Kortney Brinkley from Siegel.  The key is solid wrestling.  Colson is one of only three freshmen in the bracket so she will have to turn in her best performance to date if she wants to make it to the podium.  – Girls 103 Pound Bracket Here –