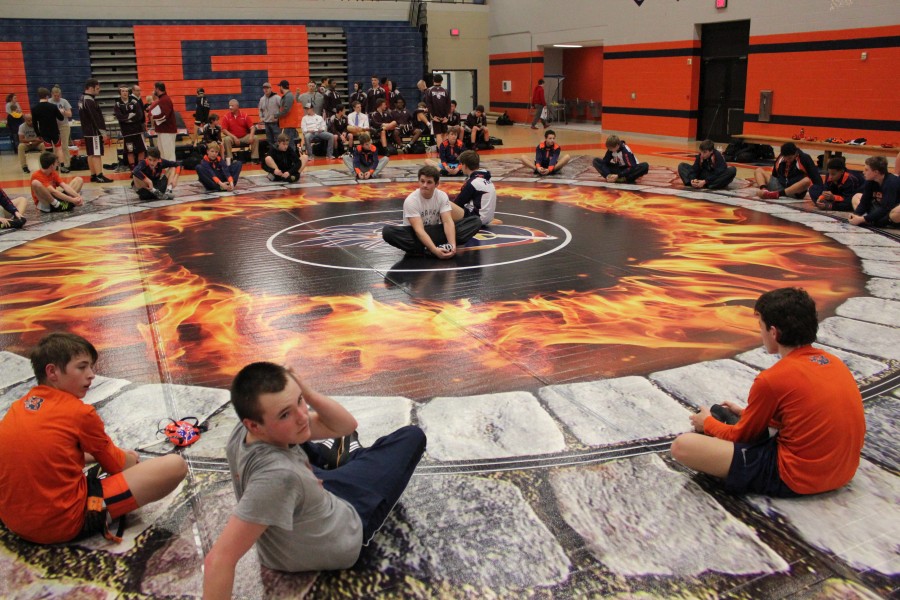 On a rainy Thursday evening, Blackman opened The Fire Pit for the very first time for a much anticipated dual meet.  The Blaze hosted two District 10 rivals in Riverdale and Stewarts Creek as well as Region 5 foe Tullahoma.  These matches all had important region and district implications as the Blaze were hoping to stay unbeaten in region and district play.

The gymnasium had more fans than usual as many people came out to see Blackman’s new state of the art wrestling mat.  The mat was delivered a week ago and everyone couldn’t wait to break it in!

Blackman faced off with Tullahoma first.  At 120, Blackman gave a rare lower weight forfeit in what was surely some gamesmanship from Coach Bray.  Tullahoma did some gaming of their own and forfeited 126 to Blackman Junior Daniel Bradford.  Wrestling started off at 132 with Senior Cole Lukens and Tullahoma’s Braxton Potts.  Because this was the first match on the mat, Lukens suffered some extraordinary pressure to make sure that he got the win and he did!  Blackman 9 – Tullahoma 6.  Blackman reeled off 5 in a row with decisions from Brooks Sacharczyk(138) and Jalen Brown(145) combined with pins from Landon Fowler(152), Matthew Sells(160) and Ryan Heath(170).  Spencer Layne received a forfeit at 182 and there was a double forfeit at 195.  Blackman 39 – Tullahoma 6.  Tullahoma got some things going at 220 when Dylan Heath took a hard mat return and injury defaulted.  Tullahoma won the last three after that but the damage was already done.  Final Score Blackman 39 – Tullahoma 25. 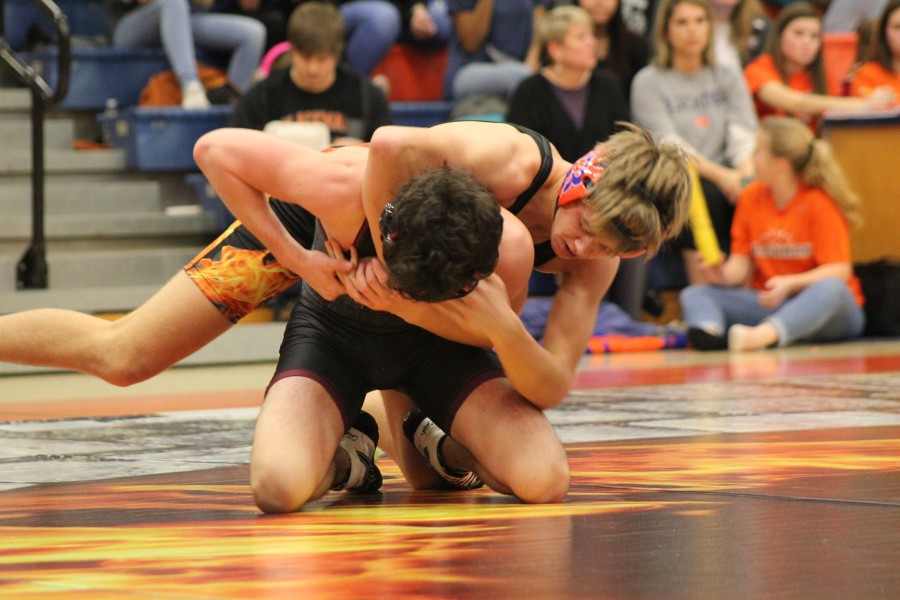 The dual with Stewarts Creek was certainly the main event as both teams came into the match undefeated in district and region play.  Things got going quickly at 126 with Blackman’s Bradford facing Carson Helton.  The match was Bradford’s first match at his new weight of 126 pounds.  He opened things up quickly with a takedown only six seconds in.  Helton is a tough competitor and after some back in forth and a couple of reversals Bradford escaped with the win 9-6.  Stewarts Creek then reeled off three in a row at 132, 138, and 145 posting wins over Lukens, Sacharczyk, and Brown. The score at this point was Blackman 3 – Creek 15 and some of the Blackman faithful began to worry that maybe the Creek was really going to rise this time.  At 152, Blackman freshman Gabe Gomez faced off against Eli Haynes.  The match went back and forth until Haynes began to struggle with an illegal hold on the ankle of Gomez.  After being warned by the referee and penalized during the match multiple ties, Haynes was disqualified and the match awarded to Gomez.   Score Blackman 9 – Creek 15.  That must have been the fuel that the Blaze needed and the upper weights went on to win the next 6 bouts.  Landon Fowler pinned Reggie Brown at 160 to tie things up.  At 170, Senior Matthew Sells was ready to roll but Stewarts Creek decided to hold their wrestler back and Sells received a forfeit.  At 182, Ryan Heath pinned Justin Chambers in the first period and stretched the Blackman lead to 12.  At 195, as Spencer Layne pinned Austin Martin, the Blaze fans began to breathe a sigh of relief.   Dylan Heath battled through being banged up and scored a pin over Demonte Hunter, and Jamil Hughes pinned Schmiz at 285.  At this point, it was all but over as Blackman was up big (45 -15).  Stewarts Creek won two of the final three with wins over Smart and Van Voorst and Liam Elam picked up a win over Syler at 113.  Final score was Blackman 51 – Stewarts Creek 27. 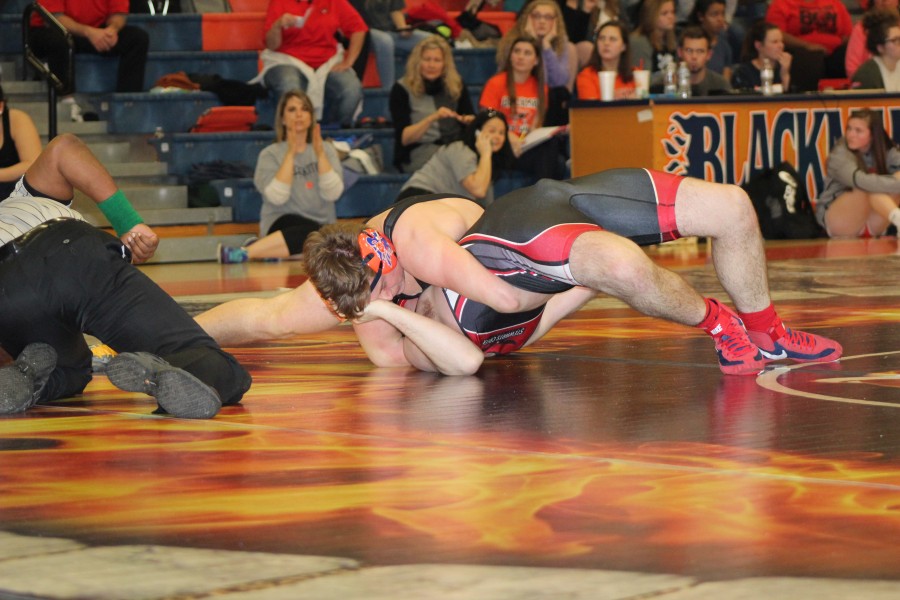 With the heavy lifting out of the way, Blackman squared up with Riverdale for the final dual of the night.  Riverdale is a great team but not quite at the same level as Blackman.  At the halfway point of the dual it was Blackman 35 – Warriors 6.  The Warriors picked up wins at 132, 195, 285, 113, and 120.   Blackman picked up wins by Brown, Fowler, Sells, Layne, and D. Heath.  Final Score Blackman 53 – Riverdale 20.

All in all, it was a great night of wrestling. Blackman’s record improved to 17-1 in dual meets and the team remains undefeated in Region and District play.  Blackman will face Siegel and Coffee County next week in the final regular season matches of the season.  Wins on that evening will set Blackman up to have the #1 seed going in to the region duals.

Pictures from the Duals can be found on our PHOTOS page.

Thanks to our Sponsors