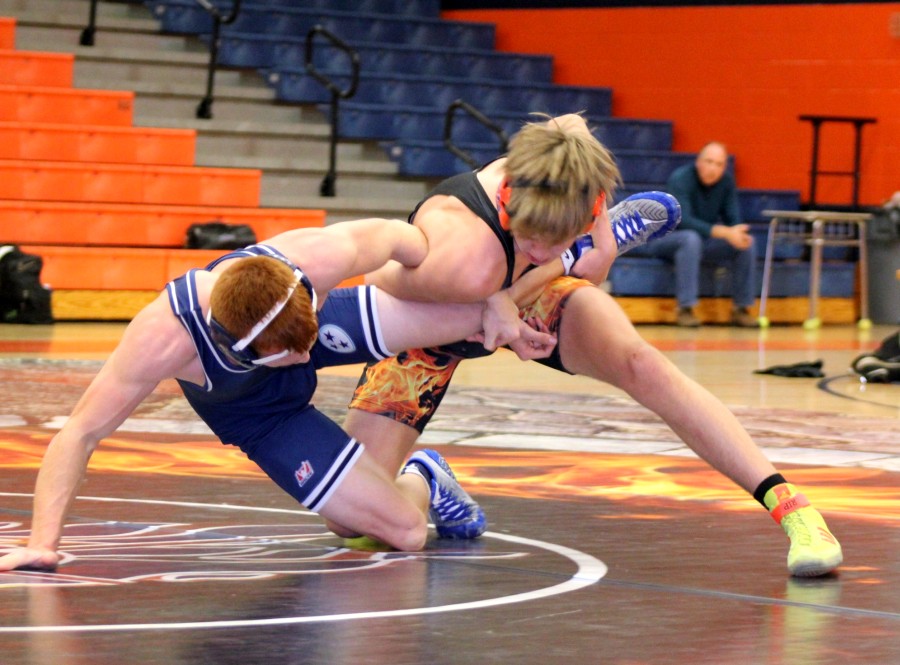 Tuesday night, the Blaze welcomed the Siegel Stars and fellow Region 5 member Coffee County High School to The Fire Pit as Blackman hosted the final regular season dual meet for each team.  The final date on the Blaze schedule was also Senior Night for the Blaze seniors.  Before wrestling began, Dylan Heath, Cole Lukens and Matthew Sells were honored by the coaches, parents and fans for their success and contributions to the wrestling team.  The three seniors have played a large role in keeping Blackman at the top of the list of the best teams in the state.  Losing guys like these is painful for coaches and fans and Dylan, Cole and Matthew will be sorely missed.  With that said all three came up with big wins for the Blaze in their final home stand of the 2016-2017 season.

Blackman’s first dual was against visiting Coffee County.  The Red Raiders were not fielding a full line-up and only brought six wrestlers to the meet.  Wrestling started at 285 with Dylan Heath bumping up from 220 to take on Zach Adams. Heath was fired up from the start and he pinned Adams in 32 seconds.  At 106, Evan Smart locked up a cradle and pinned Dustin Duke in 1:15.  At 126, Hunter Dallas scored a major decision over Rein Bozich with a 15-4 win.  Freshman Brooks Sacharczyk was on his game and he handed Coffee County’s Rein Bozich a major decision of his own with a 10-2 win.  At the halfway point, the team score was Blackman 38 – Red Raiders 0.   At 145, Jalen Brown had his hands full with senior Owen Teague.  Teague is tough but in the end Brown was able to pull out an 8-3 decision.  In the final match, Matthew Sells pinned Thomas Lawerence.  With all the forfeits, the final score hashed out to Blackman 71 – Coffee County 0. 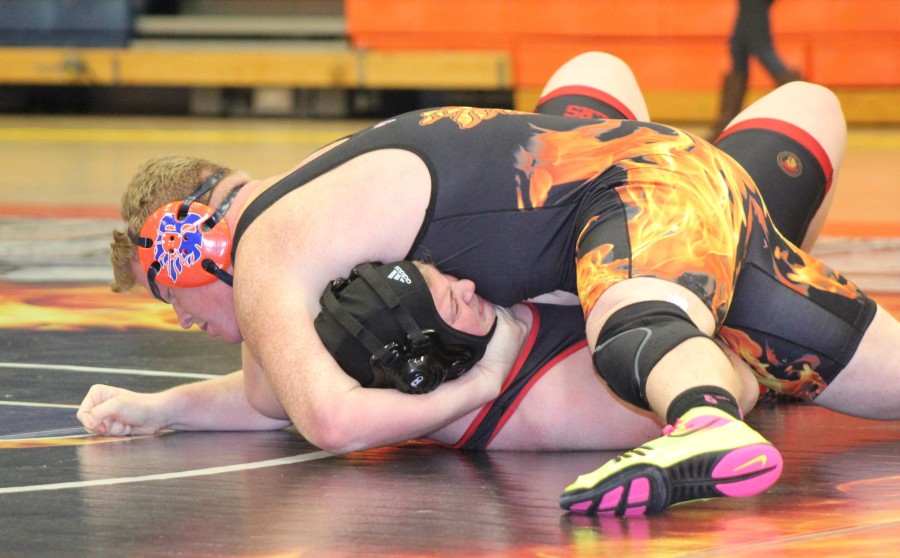 The Blaze and the Stars match started with a Siegel forfeit at 106.  Liam Elam faced Brayden Reed at 113 and about 40 seconds into the match, Elam locked up the cradle and secured the fall.  At 120 Wiley VanVoorst had the same idea and pinned Cunningham in a cradle of his own.  At 126, Hunter Dallas pinned Johnson near the end of the 1st period to extend Blackman’s lead to 24-0.  At 132, senior Cole Lukens faced off against the Star’s Jordan Fenton.  Fenton is a tough competitor but Lukens was having any of that.  Cole looked sharp out of the gate and it soon became obvious he was not going to be denied on his own senior night.  At the end of three periods, it was a 9-2 decision for Cole.  Brooks continued to look focused as he secured a 1st period fall over Hyala at 138.  Seigel forfeited 145 and sophomore Landon Fowler followed with a pin over Herring.  At 160, Matthew Sells continued his winning ways and pinned Ethan Miller.  At 170 and 182, the Blaze and the Stars traded forfeits.  At 195, Spencer Layne pinned Daniel Hall.  Dylan Heath followed with a pin over John Witherow.  Wrapping up the dual, Jamil Hughes came aggressively off the line and pinned Smith in a scant 13 seconds.  Final Score Blackman 75 – Siegel 6. 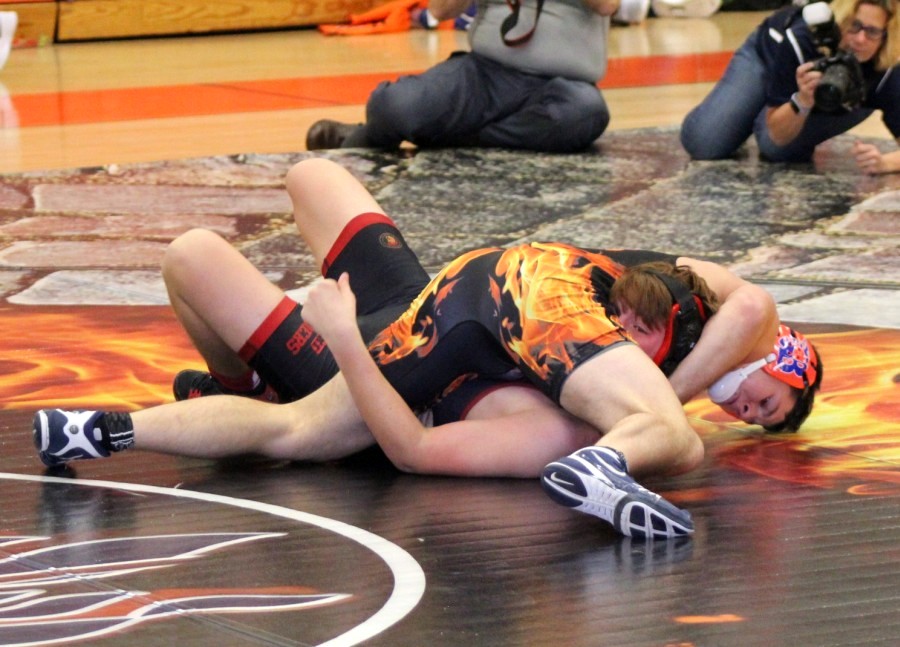 The wins cemented Blackman’s place as the District 10 Dual Team Champions and secured their spot at the upcoming region duals.  Blackman finished the season 22-3 in dual meets and should make it back to the state duals for the 8th time in the school’s history.

Photos from Senior Night can be found on our PHOTOS page.

Region 5 duals will be this Thursday night at Siegel High School.  Blackman will face District 9 runner-up Lawrence County and then the winner of the Stewarts Creek (2nd in District 10) and Tullahoma (1st in District 9) match for the Region 5 Championship.  Please come to Siegel to help support the Blaze!  Wrestling starts at 6pm.

Thanks to our Sponsors